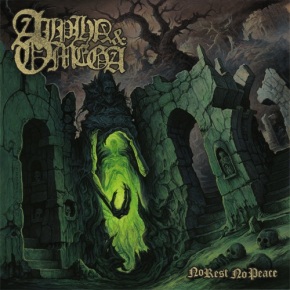 Alpha & Omega is a Hardcore band from Los Angeles that started in 2007. With influences drawn from Hardcore, Crossover and Metal, you know the material is guaranteed to be heavy. Their last album Life Swallower released in 2010 gained positive reviews and 7” single ‘Sink’ had fans waiting for the new record to be … END_OF_DOCUMENT_TOKEN_TO_BE_REPLACED

Los Angeles’ Alpha & Omega were formed in 2007 by a group of friends who shared a mutual admiration of hardcore and metal such as the Cro Mags, Crowbar, All Out War, Stigmata, Integrity, Leeway and Metallica. In 2008, they released their debut EP, The Devil’s Bed, via 6131 Records, and later their full length Life Swallower. Since … END_OF_DOCUMENT_TOKEN_TO_BE_REPLACED