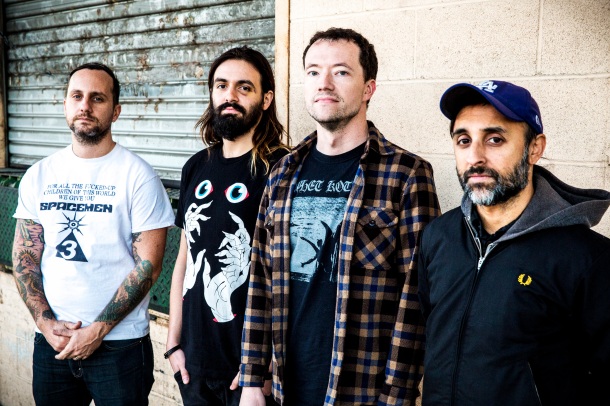 Hesitation Wounds, a new band featuring Jeremy Bolm of Touche Amore, Jay Weinberg of Slipknot, Neeraj Kane of The Hope Conspiracy, and Stephen LaCaour of True Cross, premiered another new song from their upcoming debut LP, Awake For Everything, due out May 27th 2016 via 6131 Records. Stream ‘Bleach’ in the Soundcloud player below.

Hesitation Wounds: Pre-order Awake For Everything