Album of The Month / Reviews 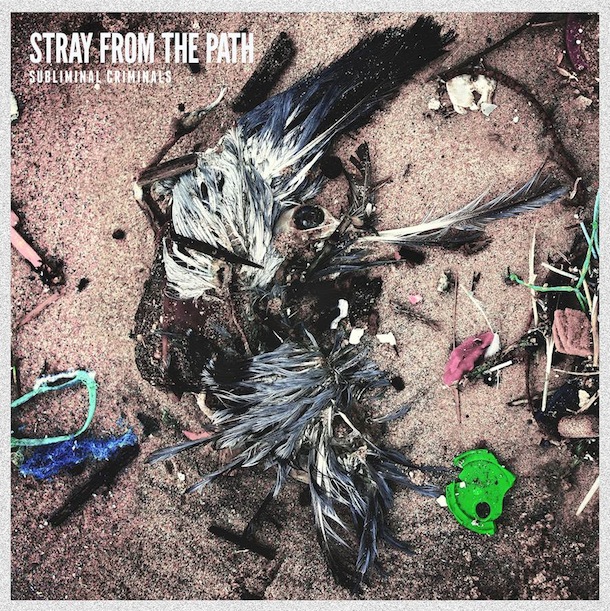 Stray From The Path refuse to leave any stone unturned, constantly questioning the wrongdoing and injustice they see in the world. In essence, they’re exactly what a hardcore band should be; raw, aggressive and straight up pissed off. With a string of successful records tucked under their belts, Subliminal Criminals is the latest addition to this band’s diamond pedigree of hardcore bangers.

Opening track ‘The New Gods’ staggers to life with a siren-esque guitar hook, before dropping into a trademark, bouncing riff. An essence of maturity is instantly noticeable as these Long Island hardcore kids show a meticulous attention to detail with their song writing. Single ‘Outbreak’ supplies another dose of signature SFTP. Chunky, raw and enraged, Dijorio and co. show their untamable fury at the corrupt system they find themselves constantly confronted with.

‘First World Problem Child’ is a hardcore masterpiece. Packed with groove, malicious vocal lines and pure, unrelenting acidity. Not to mention a spine cracking guest appearance from Architect’s Sam Carter. Rou Reynolds – Enter Shikari, also makes a memorable entrance on ‘Eavesdropper’, adding a fresh vibe to the records sharp, metallic sound. However, for sheer ingenuity and originality, the crown of guest appearances falls to Cody B. Ware on ‘Future of Sound’. Taking a blowtorch to funk, hip-hop and metal, Stray from the Path and Cody have welded the sound of a next generation Rage Against the Machine, pushing the boundaries of modern hardcore to the edge of the map.

Once again, Stray have thrown a bare knuckle punch to the lip of everyone they despise. Spitting venom and bile in every direction, SFTP have lived up to the hype and delivered yet another backs to the wall, no fucks given, hardcore belter. Infusing RATM style hooks with a hardcore punk sound at its core, SFTP have smashed it out of the park. Keep them coming lads.