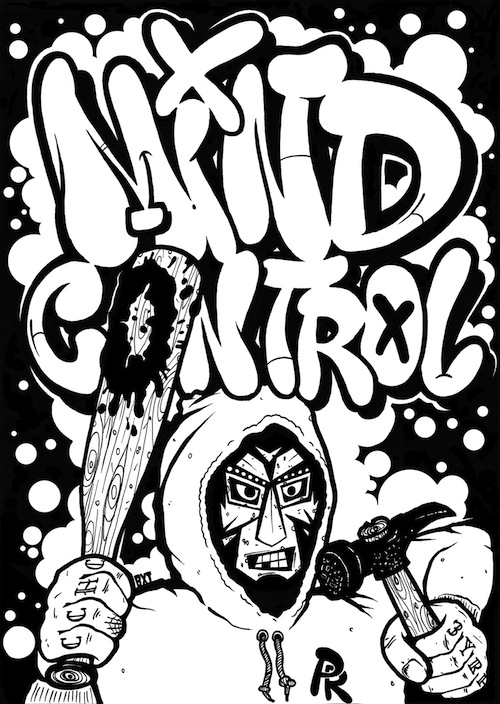 Not long after Brutality Will Prevail released Scatter The Ashes, vocalist Ajay Jones decided to quite the band and move on with his life. Now Ajay has formed a new band with Robby Stephens and Paul Griffiths from Forsaken. This new Cardiff 4-piece is called Mind X Control and takes inspiration from most Lockin’ Out bands mixed in with a solid Youth Crew vibe. They’ve already played a couple of shows and are about to release their first demo through Purgatory Records.

The demo starts with ‘Blind Leading The Blind’, a strong song that immediately grabs your attention. Fat riffs, solid drums and Ajay’s authentic voice take over your music player. Powerful lyrics like “You walk the walk, you hold your head up high, but when shit gets tough, you’ll be the last to survive” and “I can see right through your game” make this a great jam. ‘Brainfreeze’ is a fast and energetic track. The drums, and especially the sound and presence of the bass remind me of 90’s Youth Crew. The long vocal swipes in this song are very solid and are key material for great sing-a-longs. ‘I’ve Seen It All Before’ has a certain balance between fast and slow pace. The slower parts remind me of bands like Mental and Righteous Jams and the faster parts have a more Youth Crew (revival) vibe to it.

‘Just Live’ is filled with heavy drums and catchy riffing. Robby’s drum work is just sublime. If you’re familiar with Forsaken you can recognize his style anywhere.  Paul, Robby, Kieran and Ajay are very well matched and it shows in the music. ‘Same Old’ is fast and aggressive but also has a certain groove to it which makes it outstanding. The groove is noticeable through the whole demo but on this track it seems more dominant. It has a certain 90’s Turning Point feel to it. The energy and power that Mind X Control demonstrates on this track is something that will blow Hardcore fans away. It’s a strong ending to a strong demo.

I haven’t heard a demo this good in a long time. It’s a strong first impression. Ajay stepped in a whole different direction and I wasn’t sure if his voice would fit this type of music but it sounds amazing and fresh. The strong production of the record makes it all sound more dynamic but still leaves you with a raw vibe that is seen in a lot of 90’s stuff. The fact that they take influence from 90’s Hardcore in an era where a lot of bands follow new hypes make this band stand out even more. I recommend this demo to every hardcore fan out there, especially to the nostalgic ones that wish the 90’s never ended. For fans of: Forsaken, Mental, Righteous Jams, Justice, Turning Point, Uniform Choice, Side by Side, Outburst, Insted, Undertow, Your Move, United Youth, New Brigade, Straight Edge Hardcore.