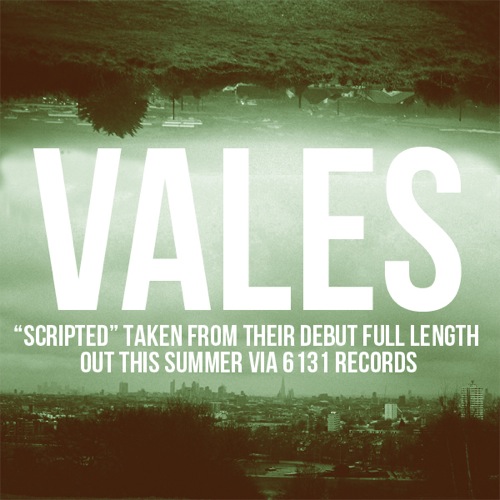 Cornwall, UK’s Vales have released the first song, ‘Scripted,’ from their recently recorded debut full length, due out via 6131 Records this coming Summer. The song can be streamed or downloaded for free from their Bandcamp, linked below. The album was recorded and produced by Alex Estrada (Touché Amoré, Joyce Manor) and mastered by Bill Henderson (Balance & Composure, Incendiary, Hostage Calm). Keep your eyes out for pre-orders.