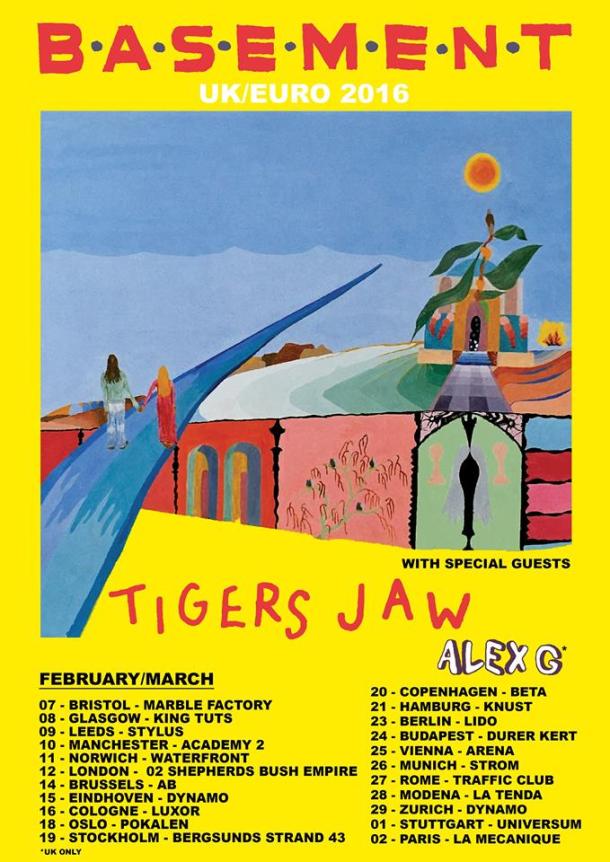 Basement are officially back! After a rather short hiatus, the band did 4-show comeback-tour exactly one year ago, the start of a fresh beginning. Last month Basement joined Brand New on the road and today the band revealed the artwork for their new album Promise Everything. If the LP follows in the footsteps of their latest effort Further Sky, we’ll be in for something great. To celebrate its release, Basement will be hitting the road in February and March 2016 with Tigers Jaw (all dates) and Alex G (UK only). They’ll be kicking off the tour in Bristol on February 7th which takes them through Belgium, The Netherlands, Germany, Norway, Sweden, Denmark, Hungary, Austria, Italy, Switzerland and France after.