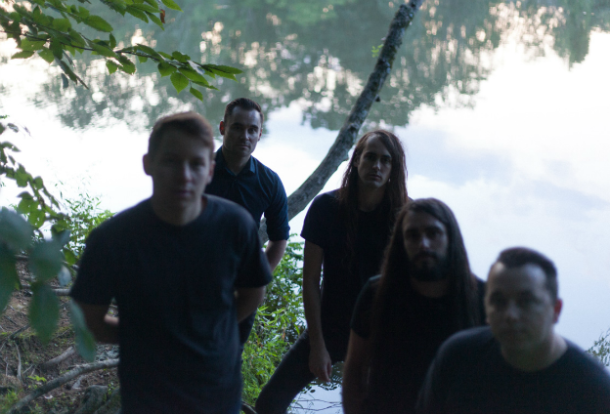 “It should be looked at less as ‘two versions’ for the same song and more like two perspectives taking place at the same time,” the band says. “The narrative can be looked at as the inner perspective of the song. This video’s imagery deals with several themes that are present in the song’s lyrics as well as the overall weight of the song musically. The performance video can be looked at as the outer perspective, much more contemplative and subdued. In this version we see less movement, more thought, and a more personal look into the person rather than the song itself. One could argue that the narrative is what Kyle is contemplating in the performance.”

“Our director, Tyler Davis, really captured the spirit of the song in his visual presentation of it. Each shot represents the tone of the song without being too literal. The slow-motion shots act to make the viewer concentrate on each movement, especially in the close-up shots that may have been overlooked had they been at a normal speed.”

‘Repine’ appears on the band’s majestic, notably scream-free new album Keep You which was released on Epitaph Records earlier this year.

Catch Pianos Become The Teeth on tour in January 2015 with Silver Snakes and New Native. Find all dates below: