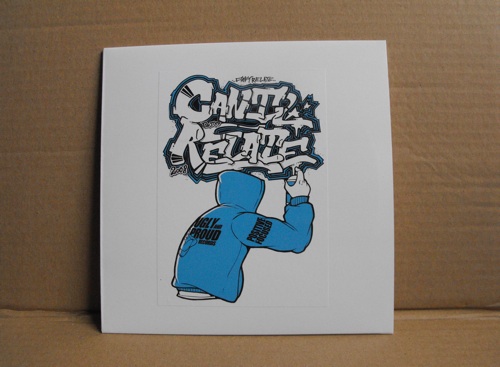 In collaboration with Positive and Focused Records, we’re giving away two pieces of the Can’t Relate demo from 2008, which is SOLD OUT. The 7″ comes on yellow vinyl, including a lyric sheet. Take the time to read the article, or scroll to the bottom of this article, to find out how to win this limited piece of art.

“Can’t Relate was a hardcore band, formed in the summer of 2007. They didn’t have merch, social media or a demo recorded before their first show; in fact, they were probably the only hardcore band in Australia at the time. Between October 2007 and November 2008, they spent more time playing shows and practicing then they did editing their Myspace layout and promoting the band on the internet. The band was an outlet for everything wrong with hardcore and society at the time, and still is today” – taken from uglyandproudrecords.bigcartel.com

The tracks were released by the band in 2008, and seem to include all the ingredients for the typical hardcore recipe. However, Can’t Relate writes these songs damn good. They breath energy, anger, and freedom. The bands reaches musical superiority over many other bands, who focus on assets besides their music. If you like Floorpunch, Chain of Strength or Carry On, you will definitely dig this too.

The 2008 demo was released on 7″today, on February 1st, 2013 via a collaboration between Positive and Focused Records and Ugly and Proud Records. They are printed on three colors of wax, including: black, white, and yellow. The artwork is a collaboration as well, between graffiti-artist Jym from Germany and Spanish cartoonist Javi. 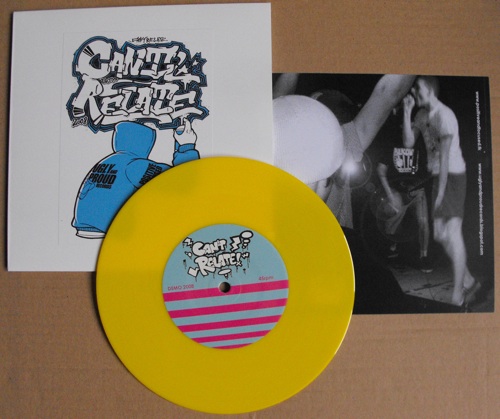 WIN: In order to win one of these fine copies, head over to our Facebook-page, find the above picture, and tag yourself in it. We will pick the winner some time next week.