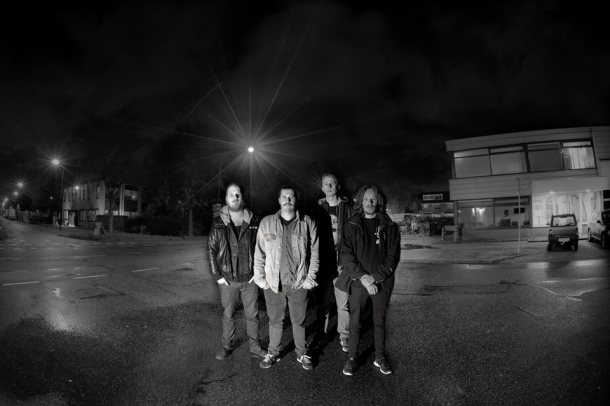 It’s with sadness that we’re announcing the end of Price To Pay. After being a band for six years, the guys are calling it quits. On February 28th, they’ll play one last show: L.A. Fest, the release show of The L.A. Journal #2. Join us to bang your head one last time to their heavy grooves and circle-pit-worthy riffing.

So you guys are throwing in the towel after six years. How come?

“This is just a clear case of different priorities. We still rehearsed every week until now and made a bunch of songs that we’re actually really proud of. But because we were only focussing on the musical side, and not the ‘business side’, nothing really happened for the band. We did a random show every once in a while, but everyone who’s ever been in a band knows how much time and work it takes to get the ball rolling. We were ‘just a rehearsing band’ not getting anywhere, and that shifted the focus towards other projects and responsibilities. And that’s not how we want to be in a band; half arsed.”

What are some of your fondest memories of playing in Price To Pay?

“Our fondest memories are most definitely all of the shows we played. The energy you get from playing hardcore shows, opening up for some great bands and especially all the great friends we have made throughout the years of being in this band.”

What’s next for you guys? Are there new projects on the way, etc?

“We will definitely not stop making music. We still have the current other bands of some of the members (Traces of You, This Ends Tonight and Obese) and for the rest it’s not yet certain what’s going to happen, but we damn sure ain’t stopping!”