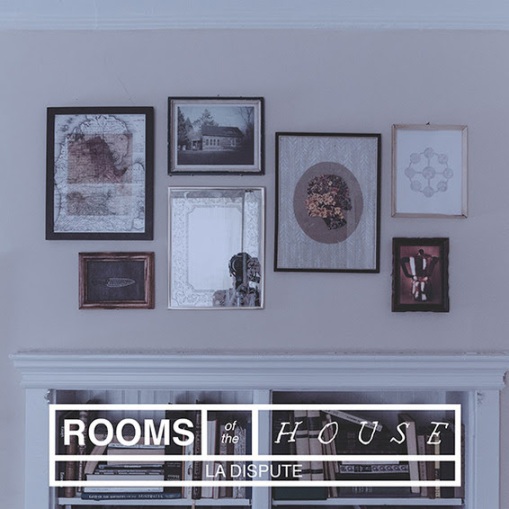 Michigan based quintet La Dispute have announced that they will release their third full-length, titled Rooms of the House, on March 18, 2014 via their newly established label, Better Living, in partnership with Staple Records.  Born with a greater intention than to simply release La Dispute’s own records, the band explains their new label as “an outlet for creative expression, and as a way for both themselves and other artists to work together and give back to their respective communities. The label will operate in multiple forms of media; incorporating written, musical, and visual content, hoping to encourage collaboration between a variety of artists who are looking to impact their communities by supporting structures and organizations which are already making significant positive changes.”
Rooms of the House was recorded and mixed by Will Yip at Studio 4 in Philadelphia, produced by Yip and La Dispute, and mastered at The Lodge by Emily Lazar.  Alongside the new record, La Dispute have created a 48-page companion book titled Yesterday’s Home that details the working process of writing and recording Rooms of the House as well as a special presentation of the album’s lyrics.  A portion of the proceeds from this record will go toward causes advancing and encouraging youth involvement in the arts and music, such as all-ages spaces, creative workshops, programming, and education.
To write for the new release, La Dispute retreated to an isolated cabin in Michigan’s upper peninsula with the hope that working together in a different environment would take them out of their comfort zone and enable them to create their strongest record yet.  “The area where we were was pretty remote so we could focus on playing and not much else,” bassist Adam Vass explains. “It was just the five of us working on writing every single day for a month and pretty much the entire album came out of those sessions.”
Stay tuned for more information and pre-orders.
La Dispute: Facebook / Website