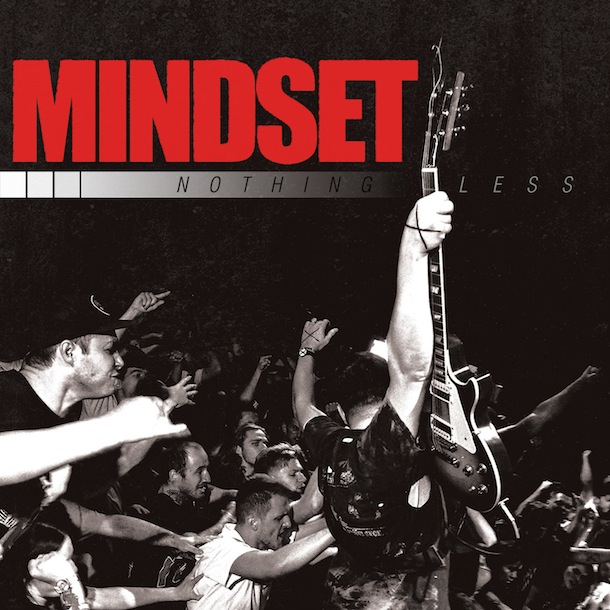 The time has come. Maryland’s Mindset have announced the details about their final release and plans to call it a day in 2016. Entitled Nothing Less, the EP features three songs that serve as a perfect final chapter in an already impressive catalog of poignant and powerful hardcore anthems. REACT! Records will unleash Nothing Less digitally on January 15th, 2016, with the 7″ vinyl version following on March 11th, 2016.

Ev Wivell, the band’s singer, had this to say about these plans: “We’ve always been very meticulous in how we operate as a band and this final chapter is no different. This is something we’ve been planning for a long time. We’re proud of what we’ve built together and we’re excited to share these last songs and go out on a high note. We’ve created a final tour schedule that will allow us to play some of our favorite places one last time, and hit a few that we’ve been neglecting, so keep your ear to the ground for details to be announced.”