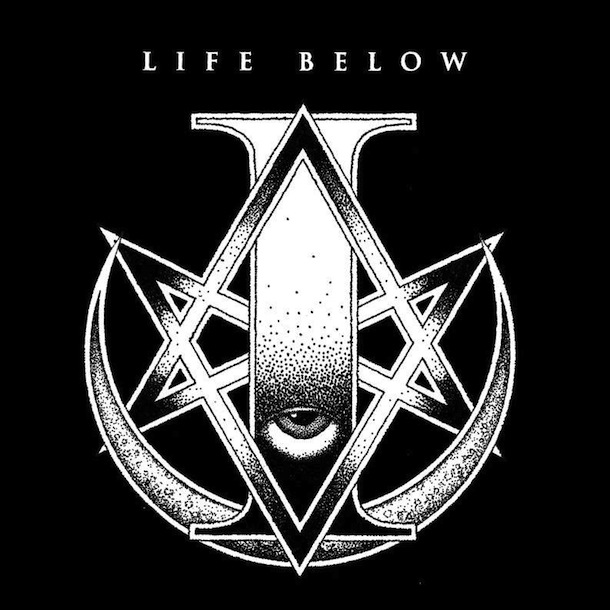 You wouldn’t think when a punitive blast beat and a hostile scream comes in without a warning that Life Below hails from sunny Durban, South Africa. Delivering their first songs soberly assembled under the name I, Life Below, a young quartet that started to play music only a year ago, is another addition to the cheerful observation that the hardcore scene, with the likes of Conqueror or Peasant also coming from that part of the world, have been thriving lately and are slowly starting to spread their name in other latitudes.

With this debut release, what we are dealing here with is a 5-track gloomy EP that broadcasts an interesting harsh hardcore mix. A relentless assault of thrash guitars and NYHC riffs, filled with crust punk beats and more doom-sludge influenced heavy atmospheres. The overall shortness and the pissed-off vibe of these songs makes this debut release genuinely varied and straight to the point. Groovy and dark at times, it displays a band that seems to have much more things under their belt.

No doubt that Life Below displays an exciting assortment made of rough tunes and bleak sonorities, making the 7min listening real worth of your time. It’s nothing but promising of how varied and ambitious their first full-length should sound if, with any luck and hard work, they can get to that point.

Most certainly keep an eye on them if they pop-up anytime soon somewhere on your radar and give them a listen by downloading their debut EP for free over at Bandcamp.