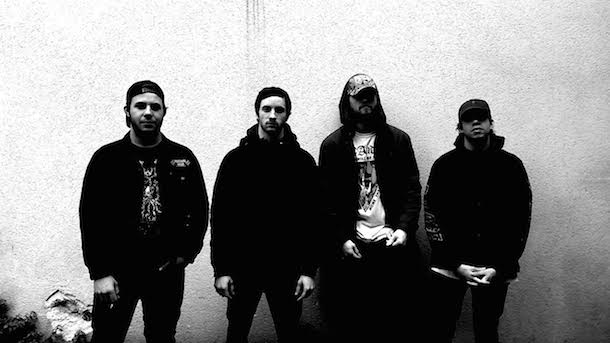 There’s a new band in town and they go by the name of The Worst Doubt. The Parisians play heavy, groovy and hard hitting hardcore highly influenced by the likes of Soul Search, King Nine and Merauder and they recently hit the studio to record a promising 5-track DIY demo, which is now out on Straight & Alert Records. I spoke to guitarist Emile and vocalist Hugo about their first release, the recording process, how they got together as a band and more. Read on!

E: “Hey I’m Emile and I play guitar in The Worst Doubt. We’re from Paris and we play hardcore/metal music.”
H: “Hi, I’m Hugo and I sing in TWD.”

How did you come up with the band name, The Worst Doubt?

E: “I guess we wanted to have kind of a mind torture related name.”
H: “Doubt is something that resonates well with our lives, everybody’s facing it and it can take many forms, society’s pressure or whatever you call it.”
E: “Doubting about everything is something that makes a person feel very insecure and uncomfortable.”
H: “We thought it was pretty representative of what we wanted to express with the music and in the lyrics.”

E: “I’d say groovy, angry and heavy. At least that’s what we’re tryin to do haha!”
H: “We’ve always loved that groovy vibe the NYHC scene raised.”
E: “We’re metalheads after all and we all listen to all kinds of pissed off music like death/black metal etc…”
H: “We try to mix all these things together and there you go.”

You’ve just released your first 5-track demo via Straight & Alert. What’s the story behind this release?

H: “Since we decided to create the band with Emile, we came up with a few songs very quickly and it was more of an experiment at first, but we really enjoyed it. Then we decided to record some of the songs because we liked it and wanted to share it with everyone! So we had to polish the songs a bit to give some consistency.”
E: “In January we took a weekend to record the drums with Dylan and the rest was recorded a few weeks later. It’s the first material that we’ve recorded all by ourselves. We mixed the thing with the help of James ‘Perturbator’ Kent, he is a sick dude. He also mastered the whole demo. For a DIY record it’s pretty cool I guess. Next step is do it again but better haha!”
H: “For me this demo is really not a masterpiece but more of a first step in a direction we’re excited to go.”

Where do you hope this release will get you?

H: “At the beginning we didn’t have much expectation about this project as we all have other bands beside and it was more like throwing something and see what happen.”
E: “I don’t know, we just want people to listen to it and hope some people will like it enough to want to have us playing shows in their cities/countries!”

Finally, what’s lined up for The Worst Doubt in the near future? When can we expect a European tour?

H: “We plan to record more songs this summer and hope to play as often as we can.”
E: “We all have jobs that take us a lot of time but we really want to push this band forward. Eurotour? Maybe at the end of this year or next year at least?”
H: “We can’t say for now but we all want to.”

One thought on “Introducing: The Worst Doubt”