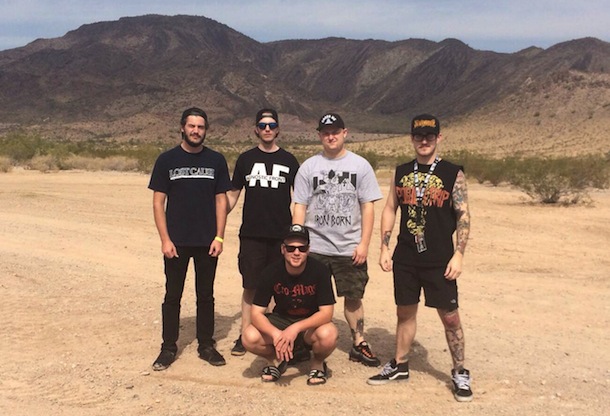 Milwaukee, Wisconsin’s Cross Me have signed with Bridge Nine Records. “With signing to Bridge Nine, we see the opportunity to push ourselves harder on every level,” the band said about the partnership, “musically and with touring. And we couldn’t be more excited for it.”

Cross Me only formed in 2013 but already released two impressive EP, Paid In Full and the Mind Prison / Content flexi 7″, via Flatspot Records. Check out the Introducing-feature we did with them earlier this year here.

The Midwest Blood standouts are currently writing a new EP and will head back into Howl Street Recordings with Shane Hochstetler (Expire, Enabler), who’s recorded the band’s past work, later this year to track it. Artwork will be handled by illustrator/designer Jesse Schaller (Suburban Scum, Discourse). Stay tuned!