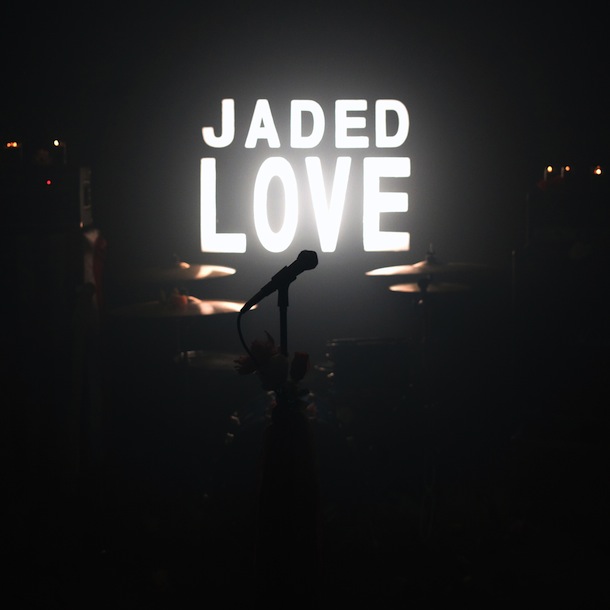 Formed in Mesa, Arizona around 2011, five-piece hardcore band The Beautiful Ones have slowly been paving their way since then. They released several EP’s and demos, and it took them three years after Birth of Desire, their last material released in 2012 on 6131 records, to finally unleash Jaded Love, their first full-length.

The Beautiful Ones’ style of music tends towards a mid-tempo hardcore/punk that includes lots of influences, from NYHC to thrash metal while including grunge elements. You might already have heard those words about loads of bands but The Beautiful Ones doesn’t act the same way. From the instrumental intro ‘Jaded’ that leads to the closing track ‘Nothing.Existing.Missing’, you’ll catch throughout this record, a wide range of sonorities that makes Jaded Love one of the most varied hardcore records that has been released over the last few months.

Take for instance a song like ‘Flowercrown’; Perhaps this track describes the whole record best (also probably the reason why it was chosen as a single). It displays remarkable song writing, with the presence of aforementioned NYHC influences while including a post-grunge guitar sound. It’s a good match of different styles and it stays hard as nails. Opening tunes ‘Exhale (Room 312)’ or ‘Transcend’ juxtaposes slow ruthless breakdowns with typical hardcore frantic rhythms and while we were still trying to acclimate our eardrums to that furious sequence, The Beautiful Ones drops the disconcerting track ‘The Morning’, an almost acoustic dream pop piece (!) where Britty Drake from Pity Sex takes on vocals duties (she also later appears on ‘Stay’).

It’s always more than welcome and refreshing when a band explores different territories and brings that kind of change of pace. The Beautiful Ones are certainly going the right direction so far. They display music that is at times really fierce and destructive although it includes moments with milder guitar-work. Another aspect that obviously brings more diversity is the regular swapping between melodic, sung vocals (‘Bloom & Destroy’) and pure angry yells, something fairly reminiscent of bands such as Twitching Tongues or Cruel Hand. Pummelling riffs and virulent groovy rhythms are displayed all over this record, such on the aptly named ‘Lovers stomp’ or ‘Heart in a Jar’, the kind of highly abrasive pieces that smashes everything in its path. No doubt that these guys have genuinely digested all these sorts of vibes to produce a unique collection of vivid tunes with different layouts but altogether, sealed with heaviness.

The Beautiful Ones have achieved something solid and complete. Jaded Love is a crushing record packed with ass kicking songs that brings new ideas and perspectives for the modern hardcore sound. It sounds fairly bold for a relatively new band, which clearly makes it more exciting to dive into. Get your hands on it!