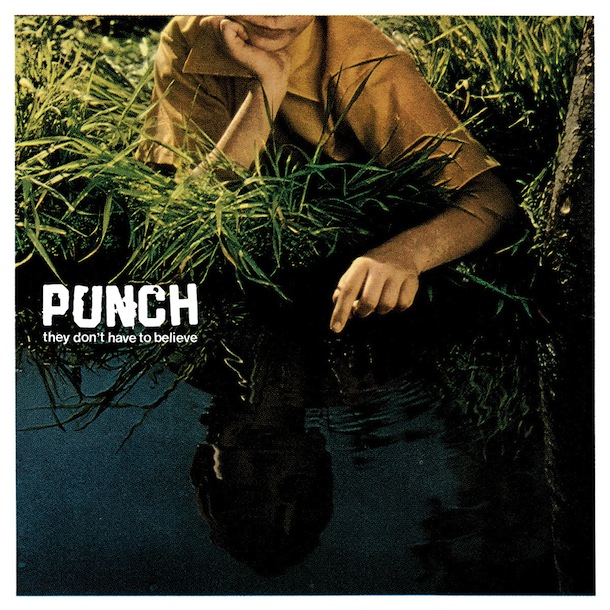 Got 20 minutes of free time? Good. It’s just what you need to listen to what might possibly be Punch‘s best release yet. The Bay Area-based quintet, whose members also officiate in Loma Prieta, is not known to make any concessions in their music. With They Don’t Have To Believe, recently released by Deathwish Inc., the band led by Meghan O’Neil delivers another bomb in 15 destroying acts. To record what is already their 5th release, EP’s included; the band entered the Atomic Garden Studios (Deafheaven, Joyce Manor, etc.) and worked with Jack Shirley (Everybody Row and former Comadre) to get a scintillating result, the kind of record that hammers you from front to back.

Just imagine some kind of woman-fronted punk protest that would march against all kinds of oppression. Blasting, roaring shouts packed with a whirlwind of riffs going through a mixture of genres. Since their inception, Punch can be described as a blend of everything that hardcore has always stood for. Indeed, these vegan straight edge folks are known for their highly politicized songs and their women’s condition themed lyrics. As they say, it’s “always more than music”. Today, eight years after their debut and maybe as a reward for their relentless touring, Punch is greatly renowned to hardcore fans and proudly defends their strong identity.

With many ideas to convey and little time to do it, they mostly unbridle everything they have in a ruthless form. From the opening ‘Worth More Than Your Opinion’ to closing ‘Self Help’, in 19 minutes or so, Punch throws raw and rough tracks without ever giving us some kind of break. They combine energetic punk with the push of grind without ever losing efficiency and constancy (‘Making Room’). One quick larsen directly leads to ‘Not Sorry’, a burner song previously released on the Deathwish summer compilation and whose pace could fire up any moshpit. ‘Displacement’ is not only the fifth song, it’s already the moment we realize this record is a beacon in their discography. The ultra intense and committed voice of Megan, the incandescent drum parts that makes you twist your neck, the unequivocally rock and roll tones… Special favorites such as ‘Personal space’ and ‘Denial’, the longest song on the album, are like hurricanes. What’s pretty swell with this record is that despite the short pieces (‘Unconditional’, ‘They Don’t Have To Believe’, ‘Shame’) the band did not follow the typical hardcore song writing formula that much bands adhered to these days.

One thing for is certain, this record does not fail to deliver prompt and hyper effective firebrands (‘Anxiety’). It’s fast and inflexible, conscious, angry and most of all, heavy as hell. Listening to this album leaves you drained and rinsed, in the best sense of the word. Punch strikes fiercely and it’s still pretty good to hear such bands carry the torch of “engaged music” within the hardcore spectrum. They Don’t Have To Believe is out now on Deathwish Inc. Check it out!

Punch: Facebook / Bandcamp / Order They Don’t Have To Believe