Groezrock Festival 2014 was amazing as always. Check the bands we caught playing the first day in the below report. Enjoy!

Alex: For their first Groezrock performance, Portuguese band Devil In Me left us with a pretty good impression. Coming on stage to ‘Welcome to Jamrock’ by Damian Marley, these guys directly send to the audience a very heavy and direct hardcore sound. The band looked really pumped and even if the pit was a bit shy at first, it will only takes a few tracks to see some moshing around, especially on the bands new single ‘Knowledge is Power ‘. Pleasant performance considering the very early show.

Alex: The Pennsylvania band, currently going hard on the Rebellion Tour, delivered a quite agreeable set. The guys could count on a fairly receptive audience, and under Scott Vogel’s sight, they stirred their old school hardcore to the audience, concluding their set with ‘Chasing the Dragon’. Maybe a shift on the Etnies Stage should have allowed the audience to get wilder but whatever, it’s always a pleasure to witness this band live.

Tim: Our good friends from Israel attracted a huge crowd to the MacBeth Stage at 4pm. Roughly five to six hundred kids watched their incredibly energetic and passion-driven show. Kids Insane keep it real with their high level of sincerity and played by far the best show on the MacBeth Stage this weekend. 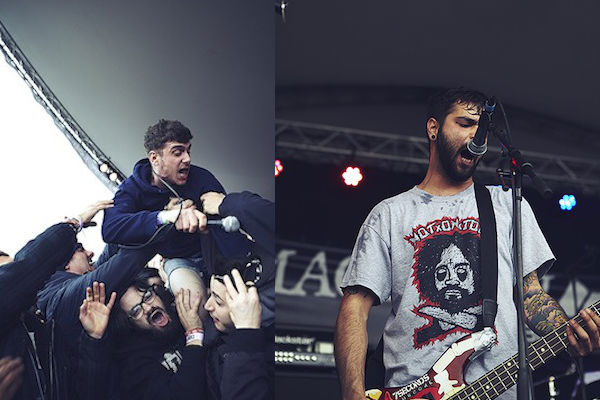 Tim: The five friends from the Upper Midwest put together a very powerful performance on the Etnies Stage, mixing a lot of new tracks with older work. They incorporated a livingroom-vibe on stage with dimmed lighting and extra spotlights, possibly linking to their recently released album Room of the House. It was a very solid and convincing show, and Jordan Dreyer is an amazingly talented front man with impressive vocal abilities.

Alex: Even if we would question the element of surprise in a Terror show, it’s undeniable that the band puts their heart and soul into their performance. Opening their set with both hard-hitters ‘Overcome’ and ‘Stick Tight’, the crowd sets off and the band encourages them to put the safety staff at work. We didn’t hear so many tracks from Live By The Code (‘Shot of reality’, ‘LBTC’), but they mastered their 40 minutes on stage in a way that we were exhausted and fulfilled to a great extent.

Tim: Since the release of The Constant One, I’ve been waiting for a chance to see Iron Chic from Long Island, NY. Moments before the first note was played, I was told that the show probably wouldn’t be too intense; stage dives, sing-alongs, and pile-ups followed the forty-five minutes after. The band played an amazing set, old material mixed with new songs, with an immense crowd response. Gold.

Tim: Paint It Black’s performance can be described in one word as: intense. While they had competition from Ignite, who covered the exact same timeslot on the Impericon Stage, their exclusive European performance got the attention it deserved. A packed tent went crazy on their melodic and emotionally charged hardcore. Bassist Andy Nelson brought up politics and feminism throughout the show, and talked about the amount bands at Groezrock that include females in their line-up (close to none) and how people care about merchandise at a festival but don’t know anything about the 230 abducted girls in Africa. All in all, Paint It Black played an exhilarating show.

Tim: Even though I was sensing the first signs of fatigue (read: sore legs) after walking around the festival site for nine hours, we headed to the Monster Main Stage full excitement. Descendents didn’t disappoint and played an outright fun show. The band members, the youngest one aged 49, are youthful spirits full of energy that clearly enjoyed themselves on stage for the full hour.

Alex: The Etnies tent is already super-crowded long before the legendary New York comes on stage. It’s not even their first appearance at Groezrock but according to the band, it was one of the best concerts they have ever played, and we surely agree with them. From the opening on ‘1995’, through classic anthems, fast time covers and a legendary ‘What happened’, where the public literally invades the scene, Toby Morse and his colleagues showed everyone that the years don’t affect them but only make them stronger. Explosive and full of good energy, it was one of this weekend’s best performances. 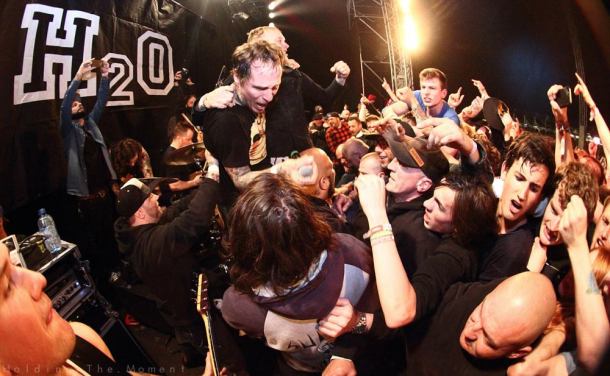