The Netherlands gained yet another quality hardcore band: Short Breath Alley. Members of Striking Justice, Meet The Storm and Downfall of Empires have joined forces and have started to play a convincing blend of punk hardcore. If it’s up to vocalist Nick Bek he would describe the band’s sound as “a mix of Reign Supreme’s aggression and Comeback Kid’s catchiness; heavy and aggressive, yet accessible and catchy.” Check out the interview below to discover more about Zwolle’s finest and scroll down to check out their first track ‘Last Breath’.

You guys all play in different bands; what’s the reason you decided to start Short Breath Alley?

“It started out as a joke between Gerard, Jan and Nick, and at first we weren’t really serious about it. However, when we started working on the first song we soon discovered that we were a really good team and everything started rolling from there. Gerard knew a drummer named Koen, and next thing you know we were in the studio recording ‘Last Breath’. That turned out so good that we realized we had to do more with this, so Short Breath Alley was born.”

How did you come up with the band name?

“We all met in the city of Zwolle where we lived at that time. In Zwolle there’s a street that is called ‘Korte Ademhalingssteeg’ which translates to Short Breath Alley. Back in the day, that street would lead criminals who were sentenced to death to the gallows. It’s quite a cruel story but we found it very fitting as a name for a hardcore band.”

Please define your sound in three words and elaborate on that.

“Aggressive, raw and accessible. We want to create a sound similar too metalcore without sounding too over-produced. We’re not afraid of clichés like two-step parts and breakdowns as long as we feel they add something to the song. Raw vocals with some catchy verses here and there keeps the overall sound aggressive yet accessible.” 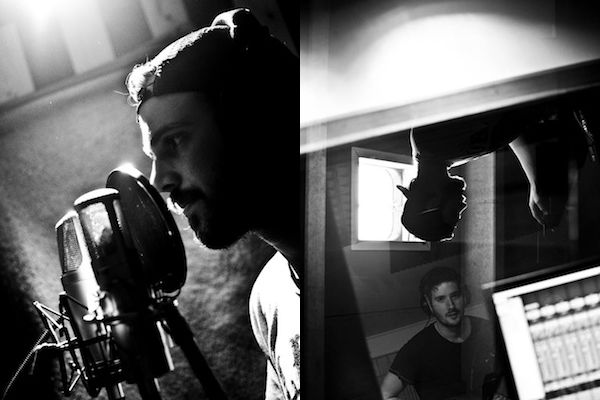 Guitarist Jan Wijnbergen just came back from spending a few months in China; (how) did it influence your writing as you spent quite some time apart?

“We recorded ‘Last Breath’ just before Jan went to China. During his time in Asia we were constantly sending each other new ideas so right now we have a lot of material on the shelve to be formed into real songs. We find the writing of songs easiest when we are together with our instruments in our hands; that way you can make changes and hear the result right away.”

“Right now we want to focus on writing enough songs so we can go play live because that’s what we like the most. It’s cool to record an EP or an album but playing live and seeing people going crazy on your music is what we do it for.”

Check out their first song ‘Last Breath’ in the YouTube player below; also available on Spotify and Amazon.