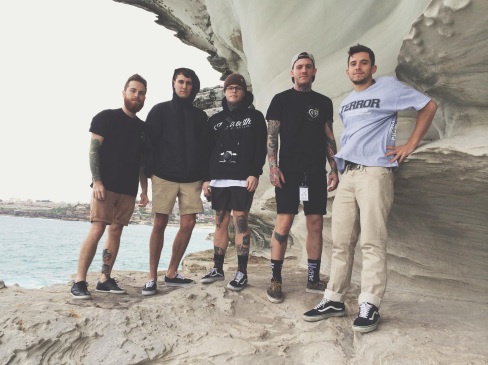 Hundredth from Myrtle Beach, South Carolina, have released a new track called ‘Demons’. The song comes off of their upcoming EP Resist, which is the companion piece to 2013’s Revolt EP. The release is set to hit stores and digital retailers on March 25th through Mediaskare Records and on limited edition vinyl from No Sleep Records.

“Resist is much more melodic and at times more laid back,” stated vocalist Chadwick Johnson. “Revolt was fast and captured the dark and heavy parts of Hundredth. Resist moves just as steadily, while capturing the more melodic side of the band.” Adding; “Thematically, Resist is more about the evolution of the Self whereas Revolt is more about collective consciousness.”

Pre-order packages for ‘Resist’ are available here. Hundredth will be touring Europe along with Being As As Ocean starting February 17th. Check here for all dates.