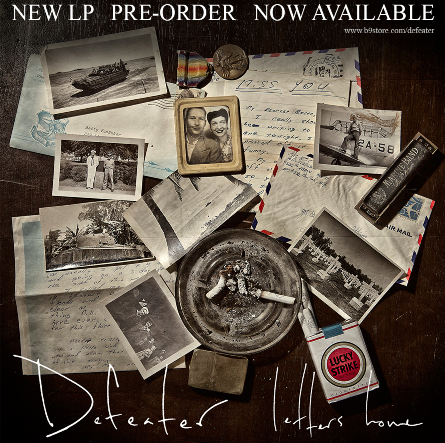 Boston, Massachusetts’ Defeater are set for their third full length album, called Letters Home. The record will be released on July 16th on Bridge Nine Records, and continues the story of a working class family living in post-WWII America. Letters Home revolves around the father of two brothers that listeners were introduced to in two of Defeater’s prior releases (Travels and most recently Empty Days & Sleepless Nights), giving a background to the character and seeing some of the events from those past albums through his eyes. Listen to Defeater’s second new track ‘Rabbit Foot’, You can Pre-order Letters Home now.