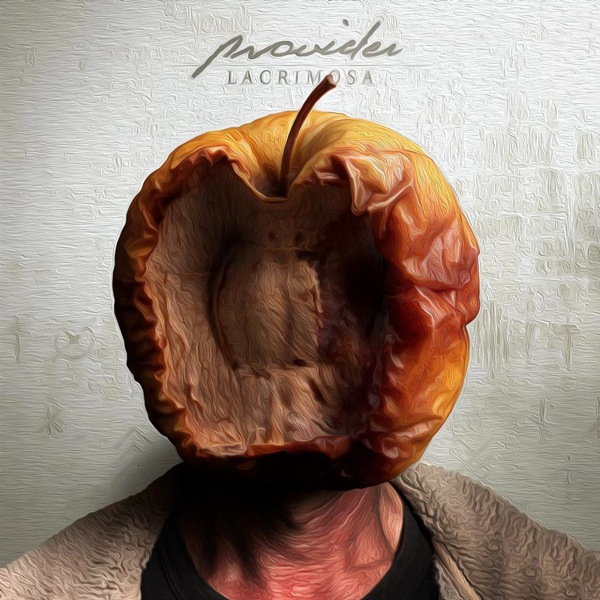 Provider released their debut EP Lacrimos on March 18th, 2013. I can tell you the same old story that they have five band members, had their first show in 2012, and are a “screamo influenced hardcore” band, but what interest me most is where they are from: Durban, South Africa. It’s not a big city, but do you know any bands from South Africa? It is good to know that there are still bands alive and kicking from South Africa. Truth And Its Burden did a huge thing by touring Europe DIY style, and look how far they got.

Before even listening to this record I noticed the cover. It’s something different; something you can call “Art,” perhaps. It sure is a impressive design by Greg Davies. Starting with a song called ‘The Passage’ you know right away this record is not your ordinary hardcore nor screamo album. What surprises me is that I can hear a groove, something I’d like to hear more often from bands. A steady backbone is the most important part of making music as a band.

Continuing with the next songs ‘The Constant’, ‘The Tempest’, and ‘The Beginning’. Waving from the soft dreaming melodies of the guitars to the loud energetic, full of emotion, scream parts. Moods swinging from one side to another, I have to say, they did an amazing job to get the right energy behind these vocals. Softer and nice to hear at the slow, melody parts and when some songs erupt into a lot of chaos and rage you can hear the singer almost blowing his lungs out of his body. As said before, Provider have two guitarists, both playing all different riffs which gives you reason to listen again and again. Every time you will play this record you will discover more new sounds. Still, you have to listen from an objective perspective, as some of the guitars parts sound a little out of tune.

After about fourteen minutes of listening it’s time for the last song on this record. ‘The Pearl’ kicks in with a clean guitar melody that will be rebuild during the song, evolving in a burst of emotional sounds and vocals. Ending this record with a bunch of friends screaming along that should ended their recordings with some great feelings and memories.

Provider can be proud of their first EP. Although there are a few things that can be better on the next record, they have created a unique, solid sound which should get out of South Africa to conquer the rest of the world. Lacrimos by Provider can be found on their Bandcamp.