As we get closer to the end of 2012, a year that celebrates a ton of great releases, we’d like to share our favorite releases with you. All our contributors compiled their personal top 5, of which they highlighted their #1. Enjoy the read!

Pendulum Swings is the record of 2012 that perfectly illustrates the aspects why hardcore is important to me. Vocalist Josh Kelting has come up a selection of personal and honest lyrics which are “easy” to relate to. With his fast and angry vocals the message gets delivered instantly, and is reinforced with short energetic tracks, all clocking under two minutes. An additional pro of the record is that bass player Caleb Murphy plays melodic melodies along with guitarist Zach Dear, which highly improves the groove of the tracks. Pendulum Swings makes the hairs on my back stand up, and makes me long for a live show full of stagedives and sing-a-longs. This record kills, both when you’re listening to it alone in your room or when you’re on the road, and when the tracks are played live on stage. 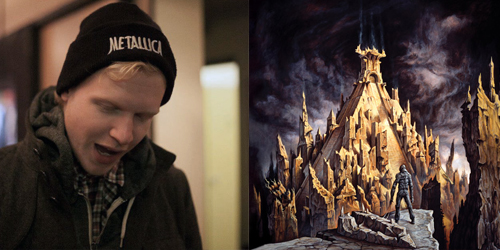 I hate ‘best of’ lists, I really do. It’s always a fun read, but one of the hardest tasks to make one yourself. Especially because 2012 has been an exceptional year in hardcore, and heavy music in general. This year saw great releases by the likes of Pig Destroyer, Amenra, Trash Talk and Rise & Fall, which didn’t even make my top 5.

My absolute number 1 however is Pomona, California’s Xibalba, because with Hasta La Muerte they probably created the most heavy, furious, and crushing records of 2012. This band managed to take the best parts of beatdown, sludge, (death) metal and angry Mexican roots to create their own sound, and singer Nate Rebolledo has got the best vocal delivery I’ve heard this year. Greg Anderson (of Drone-heroes Sunn O))) fame) also makes an appearance on some of the tracks, making this release even more special (for me anyway).

After all I think I did a pretty good job with quite a diverse top 5 selection for this year. And you should all check out Car Bomb (number 5 on the list), because they made the most underrated album of the whole year. 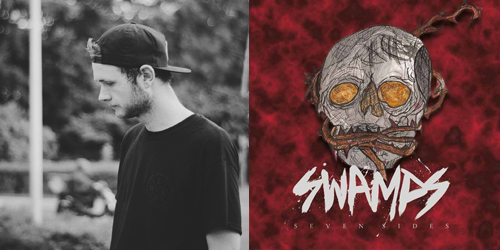 As a music fan this is the toughest thing to do. Making a list like this almost feels like betraying someone you hold dear, in my case a few ‘someones’. If I really have to choose I can find peace with the 2012 album of Western Massachusetts hardcore band Swamps. These four guys give it their all and when I heard they were putting out a new record, I pre-ordered it directly when I had the chance. I was happily surprised when I got two 7 inches dropped in my mailbox.

The album is great as you can really feel that the band has made steps forward in their ability to write crazy hard songs. The singer tests the boundaries of what is acceptable in the hardcore scene when it comes to singing techniques.  The music has become way more edgy and darker, something they will need to let Europe hear in a live setting. That all said, I can honestly say that this record did what I expected it to do and even after half a year of frequent listening I can’t get bored by this record. This is one of those records that might not get all the attention, but when you give it a chance it sticks with you. That is why I chose Seven Sides by Swamps as my favorite album of 2012.

1. Converge – All We Love We Leave Behind

It’s after high expectations and multiple listenings that I can now proclaim Converge‘s All We Love We Leave Behind, my favourite album of 2012. Fast, abrasive, emotional, atmospheric and reckless are some words to describe this record. Converge is a band known for pushing boundaries further on every step of their vastly different discography and AWLWLB succeeds in this goal.

Even if this chapter of Converge’s musical diary might not be perceived as innovative and renewing as the others, it has a fundamental strength: to combine the characteristic furious maelstrom that we have been used to hear on their previous releases and some new highly experimental and striking tunes, which couldn’t fit more with their brand.

It’s also always impressive to see how the band comes up with a whole glowing artistic concept on each album. Jacob Bannon’s typical and magnificent artworks are strongly linked with the band’s identity, and have, in my point of view, a concrete impact on how I perceive each of their album.

Over the past 22 years, Converge spread their sonic explosion all around the world and became a glorious and essential piece in the whole hardcore puzzle. AWLWLB is a mind-blowing record that will cement this reputation and will likely be remembered as one of their greatest achievements. 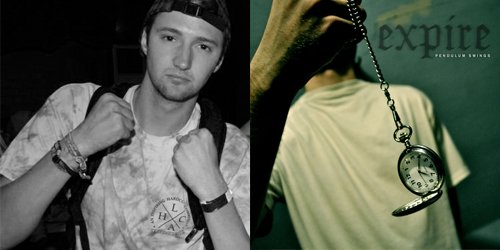 Coming up with a top list of only five records released in 2012 is pretty hard, but the thing that isn’t so hard is choosing the number one spot. No other record than Pendulum Swings from Expire earns that title. Really, I’m not able to find one single thing I don’t like about this album. There isn’t a song on this record I would skip. Normally I don’t pick up lyrics so fast, but I knew all the lyrics like the back of my hand in one single day. Not particularly because I listened to it non-stop, but far more because of the connection I feel with the songs and lyrics. Highlight for me is the song ‘Dig Deep’, when I first heard it at the time it felt like I was hearing my own thoughts reflecting through this song. So you can imagine how excited I am to see them live at Northcote festival next year. I know it isn’t really possible, but in case you’ve never listened to this record: drop everything you are working on and play this absolute gem.

Here is my End of the Year List for you to peruse at your leisure. I really couldn’t choose. The contents of my list changed seven or eight times. However, I had little doubt that Being As An Ocean’s excellent Dear G-d would be the record of the year for me. Read why, in this review I wrote for it a few months go. They are easily one of the most enjoyable bands that I came across the last twelve months. Please, do yourself a favor and get your hands on this record if you hadn’t already. BAAO is touring Europe with Napoleon (UK) coming March, be sure to attend a show or two!

As a holiday bonus I’d like to recommend Drug Church’s Self Titled LP, with vocals of Self Defense Family’s Patrick Kindlon. The Family also has put out a cool 7” titled Self Immolation Family on Deathwish this year. Give these dudes a listen as well, they’re good.

By far the best release of 2012, Parkway Drive’s Atlas is an album that I can listen to time and time again and discover new sounds and nuances on every play through. With this album, they prove they can maintain the level they established on Deep Blue.

The diversity of this album is what gives it its edge. Tracks such as ‘Dream Run’ and ‘The River’ show a very different side of PD than we were used to. Winston McCall absolutely destroys every single track with his brutal vocals. The more old-school tracks like ‘Dark Days’ and ‘Old Ghosts, New Regrets’ give the older fans something to listen to, but outclass pretty much anything written before, apart from maybe ‘Pressures,’ ‘Carrion’ and ‘Karma’.

The band has really grown as a unit, but also as individual musicians. Jeff Ling delivers some of the best stuff he has ever written and Ben Gordon shows tremendous improvement when it comes to his drum work.

This is an album that I will listen for years to come.

2. Aveira Skies – Longer Than Flesh, Longer Than Ashes
3. The Ghost Inside – Get What You Give
4. Defiler – Nematocera
5. Obey The Brave – Young Blood 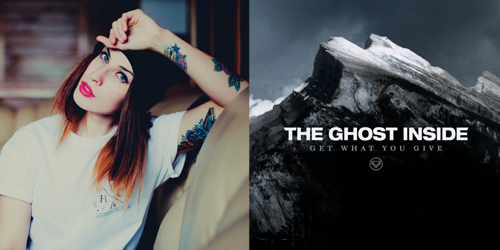 1. The Ghost Inside – Get What You Give

Everyone might love lots of bands with different directions and for a certain period of time. But there is always some band who completely sticks to your heart. The Ghost Inside is one of them for me. I always dreamed to see them live and when this happened at Melkweg it was a great experience. And after that show I’ve been waiting to check out the release Get What You Give. What can I say?! That was exactly what I needed! A fresh sound and some good material which encourages action in the pit! I love their old albums, but I appreciate that TGI kept that strength and determination which impressed me when I heard ‘Unspoken’ for the first time. ‘Dark Horse’, ‘Test The Limits’, ‘Thirty Three’, ‘Engine 45’, ‘This is What I Know About Sacrifice’… When this record comes to an end, I’ll just start it all over again.

“Right now we have to focus on other things. We will always be in bands because we all love music, for now though, Basement will have to be a happy memory.”

It’s sad but true, after they released the album Colourmeinkindness Basement broke up. It’s a weird timing to stop I think, right after your release. They wanted to release the last album to finish this band completely even if they don’t have the time to tour.. They want to focus on other things which is understandable at that age. A lot of people always said that they’re the UK version of Title Fight. But with their last album I really think they made clear that it’s not true at all. You can call this album softer, cleaner with more emotion which feels more grown up. It’s a bit less catchy then the older records though. Some parts even remind me of Nirvana.

They did some great goodbye shows in the UK and I was able to go to one of them. It was great to see them one more time in London. Which felt weird.. a goodbye and sort of release show in one. Because of that I couldn’t hear the old songs I wanted to hear. The show was awesome and a total chaos. The whole venue was packed with family, friends and big fans from all over the world. It was how the show was supposed to be.
Pointing this album on my number one doesn’t really mean it’s the best album of the year but it definitely means that it’s an important album for me. My goodbye to you guys x

2. Sport – Colors
3. Title Fight – Floral Green
4. The Menzingers – On The Impossible Past
5. Joyce Manor – Of All Things I Will Soon Grow Tired
5. This Routine Is Hell – Nostalgia