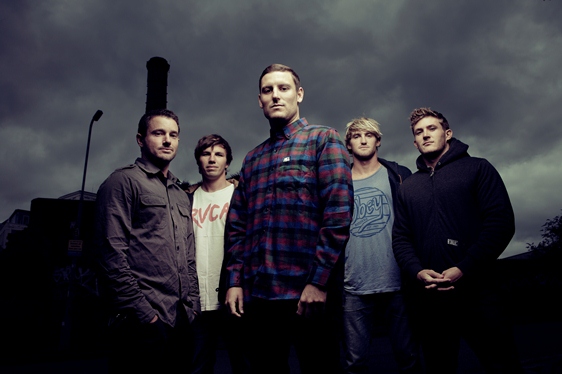 Australian metalcore heavy weights Parkway Drive have released a new song off of their upcoming Epitaph Records album Atlas. ‘Old Ghost / New Regrets’ can be streamed here, or in the player below, and is part of the band’s new record that focuses on the delicate landscape of the earth’s current environment.

“The album was written at a time the band was travelling very extensively which had a major effect on the lyrics,” says vocalist Winston McCall. “While there is no overarching theme, the songs resonate with the travels we as a band have made, and the effects they have had. This has lead to some of the harshest, and also some of the most personal lyrical content that we’ve ever put to music. In every way, this record has been shaped by the experiences that shaped us a people.”

The forthcoming album Atlas can be pre-ordered through Kings Road Merch.