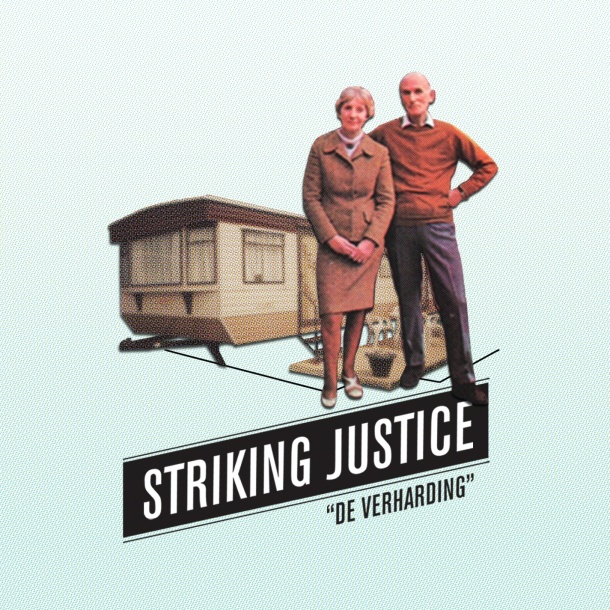 From Hengelo, The Netherlands comes a band called Striking Justice. These guys are responsible for De Verharding, their new six-track record. It is the follow up of their 2011 release called Building. Even though Building was in my opinion an amazing record, this new record is a real treat for the heavy music fan with a taste for rock and roll. 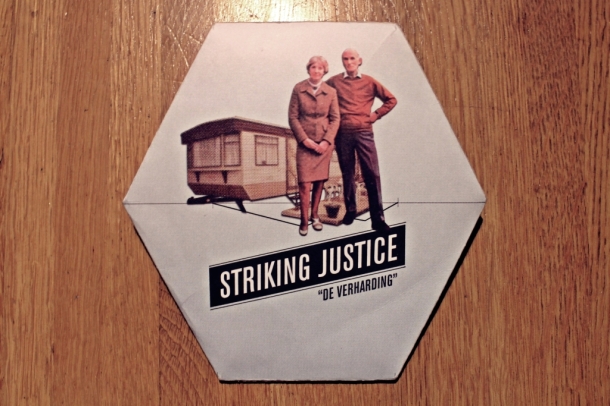 The band has set a sound for themselves that could be described as fast, southern-like rock and roll meets hardcore. I am glad to see it doesn’t stop there. This record is different; it is harder, and at times a bit slower. The vocal performance and the whole setting of the songs are haunting, they grab you. It makes you think of a very heavy Touché Amoré or La Dispute. Some songs have a beautiful load to them that builds up to point where it just breaks down to pure aggression and it blows you away.

The minute I saw the record on their merchandise table I was in love with the physical aspect of it. A cardboard sleeve, but different; it is origami. Just the idea of it had already caught my interest, but seeing the amazing artwork made it even better. This record has a story to it, the story of the baby boomer generation, the post-WW2 generation. 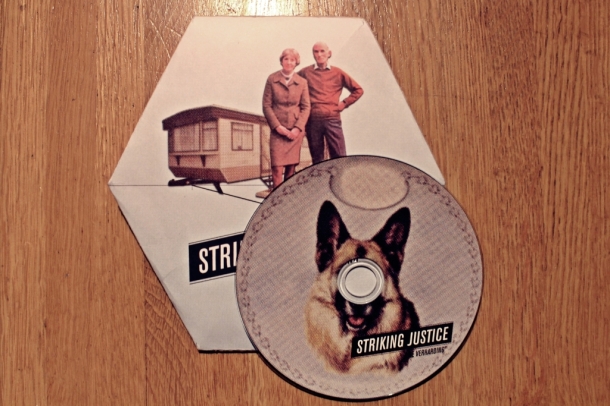 De Verharding is a great album with a lot of thought to it. To be able to write an entire album to a specific theme and to be able to identify such pure feelings to that theme is an incredible thing to do. This album is not only great to hear, it is a stepping stone for Striking Justice. These guys have stepped up their game and are going for gold. Even if you don’t like the album right away, you have to give it a second or third try, but at one point you will get it, understand it and you will be hooked. There is no escaping this one.

You can order the album through the White Russian Records store or get it from their merchandise table at the official release party (NL).