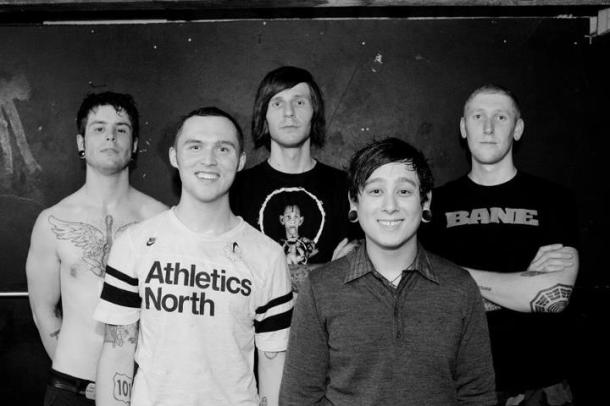 After reviewing the brand new album of Portland, Oregon’s Young Turks, Where I Lie, we were asked to interview the band. A chance we took on with both hands. Guitarist Jason Soejoto answered a wide spectrum of questions for us, that you can read below. Enjoy!

We have featured your album on Legends Arising, but can you shortly introduce yourself and your band, and include a brief description of your music?

My name is Jason. I play guitar in Young Turks. We are a hardcore band from Portland, Oregon.

Your album recently dropped, how have the reactions been so far?

Better than we could have planned or imagined. We are very appreciative to Matt [Medina] at Animal Style Records for believing in us and helping us get this far, but we are equally appreciative to everyone who has picked up a copy. I’m really excited for the future and our upcoming US tour to see how it goes over live.

You wanted to make a difference in hardcore with your new record; can you explain a little bit about this?

I think this has a lot to do with life and relationships being fragile. The overall theme of broken relationships is easy to see. But the pertinence of those things is realized when you factor in the truth that we aren’t 18 anymore. We took a step back and realized that we are the age of the people we used to look up to. And with our experiences in hand, we did our best to make a record that people could relate to, but at the same time stayed true to our ideals as a band.

What does playing in a hardcore band mean to you?

I started my first punk band 12 years ago with my friends. I have been “band less” for less than six months in the past 12 years. Playing music has been, and will continue to be, my anchor.

Which places in the world would you really want to go to on tour?

Indonesia. The political dissent towards punk music and ethics is awful. I am personally indonesian. So to go back to where my family is from to share my music in solidarity with the youth there would be amazing. I have also had a slight obsession with Iceland for a few years, and I would love to play there as well.

What is the ultimate goal of Young Turks?

We honestly achieved more in the past year than we thought we would ever accomplish. We toured the country, play Fest 10, and put out a record the five of us are very proud of. So we are all really happy with where we are at. We haven’t really had a talk about goals since the record came out. So strictly speaking for myself personally, I would like to tour internationally, put out another full length, and spend more time growing musically with my friends.

Besides playing music what are you all doing for a living?

I work at a bicycle shop. Bryan [Zurek] works at Food Fight! Gareth [Welker] works at Sweetpea Baking Co. Mason [Juve] works in the kitchen of a ramen joint. Matt [Koening] is a professional badass.

What would you do if you weren’t playing music?

If I didn’t play music I would have enough time to train properly to race bikes. Or I would just talk about training and play with my cat.

Name five influential records that have defined your music taste through the years.

This is always the hardest question. I’ll do my hardcore and non-hardcore list.

Any plans of coming over to Europe in the near future?

We would love to next summer and will do everything we can to make that happen.