2012 is the year of break ups, and reformations. Unfortunately, Recklinghausen (DE) based hardcore/punk band Ritual is one of the great bands that have decided to throw in the towel… “We had to be honest to ourselves and admit that we didn’t actually feel like looking for an innovative hardcore sound anymore,” drummer Philipp Wulf says. Prior to their tour with Verse and Soul Control, which will be the last chance to see the band in action in July, we wanted to ask them some questions about the break up, inspiration and future projects. The extensive answers by Philipp can be read below. 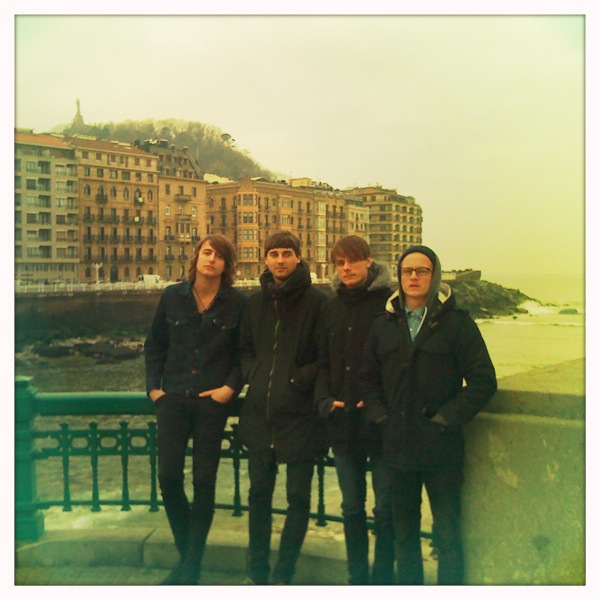 Ritual has been a progressive band, and has always been discovering boundaries. You mentioned in another interview that you’ve reached a natural end; does your break up mean that you’ve discovered all boundaries within hardcore?

No, that would be a pretty big-headed point of view. I assume there are still numerous ways to approach hardcore in a different manner and I’m really hoping for new bands to try to push things forward. We can only talk about ourselves and the development that we have made. It goes without saying that you can never go backwards, so after releasing Paper Skin we found ourselves in a situation where we had to ask ourselves what to try next and although we started discussing possible ways to go, we had to be honest to ourselves and admit that we didn’t actually feel like looking for an innovative hardcore sound anymore. Or maybe our ideas would have been too different. Speaking for Pascal and me, we felt like spending more time on our new band, which starts at a completely different sound. And I think that Julian really needed a band in which he wouldn’t sing but play the guitar to be more of the uncompromising creative force. To get back to the question: Paper Skin feels like a good record to finish our band with and we don’t want to think about what could have been afterwards, but rather invest all our ideas and energies into our new projects.

There’s currently a lot of band reforming again, after years of separation. Do you see that ever happening for Ritual?

If I’d think so, we probably wouldn’t break up officially right now. Obviously, there are many reunions happening at the moment and obviously, there’s lots of hate that is being brought up against these reunions. Some bands that want to break up try to avoid this hate by putting their break-up into different words: “We’re going on an indefinite hiatus.” But if you ask me, that’s just leaving a backdoor open. It’s like saying: “We’re breaking up, but if we reunite, don’t hate us.” To me this seems like an insincere way of dealing with certain developments that just happen in bands when they’re around for a while. We needed to have certainties and I think it makes it easier for us knowing that it’s going to be over for sure. Now it’s more of a natural process of letting go and being able to say farewell in an adequate manner. Instead of reforming old bands and playing old songs over and over again, I would rather write new music under a new moniker. I don’t want to be an archivist, I want to be relevant in the present. To me, Ritual is very much about the persons we used to be as kids. I can’t see us doing this in an authentic way when we’re 30 plus.

Terror front man Scott Vogel had an outspoken opinion on the reformation of Refused. As you’re heavily influenced by the band, what do you think of them getting back together?

I’m not sure if we have a common view on the Refused reunion. I know that Julian went to see them recently, but I haven’t spoken to him meanwhile, so I don’t know if he liked it. I guess, one thing is certain: You can’t go to the Refused reunion and expect the same spirit to fill the room that was probably there when they were around originally. That’s just the nature of things. Many years have gone by. But if you go there in order to taste some sweet nostalgia, then you might actually have a good evening. They’re mind-blowing musicians, so they’ll probably play their songs pretty well. At the end of the day, I don’t have a strong opinion about this. I think I’d just rather go and watch bands that are making music that is actually happening in the present.

What other things besides Ritual and music kept you busy the past few years?

Quite different things. When we started we were all still in school, then we served that so-called civilian service, after that some did some shit jobs, while others started to study. Right now everyone’s studying different subjects in different cities. I’m even close to finishing my studies already. Besides that we’ve been making some more music, hanging around with friends, listening to records, reading books, playing video games and everything else that you do when you’re young. 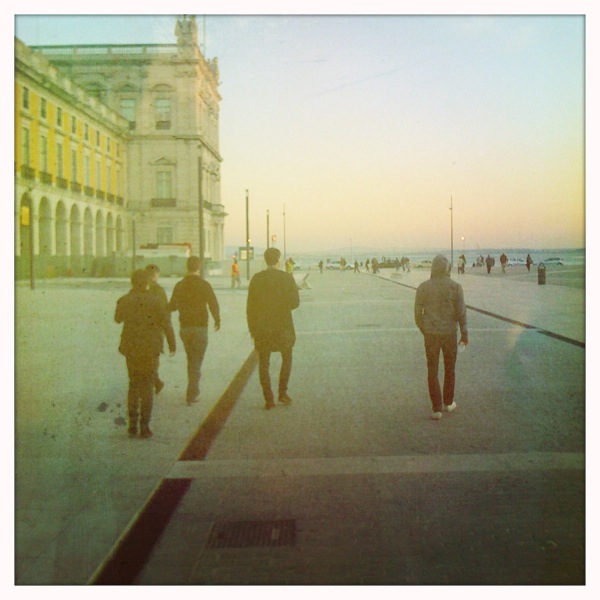 You have a broad interest in music – could you name influential five records that define your music taste?

This is always a difficult question since there is no such thing as an all-time-favorite. If you’re honest to yourself, you know that even your favorite records change with time. In addition to that, I can only talk about myself here. Everyone of us would name different records here. So these are my current all-time-favorite records that I played countless times over the past years:

What were your main inspirations to write music and lyrics?

When we started it was mostly about Unbroken, Refused, Swing Kids, Chokehold and maybe Inside Out. Over the past years our tastes in music got much broader, so there were various different influences coming in. On the last LP there’s one song that could be considered to be a My Bloody Valentine tribute. However, I think the hardcore influences remained pretty much the same over the years. Speaking about the lyrics, Unbroken were also really important because they had their special way of seeing the political and the personal, more intimate aspects as one. 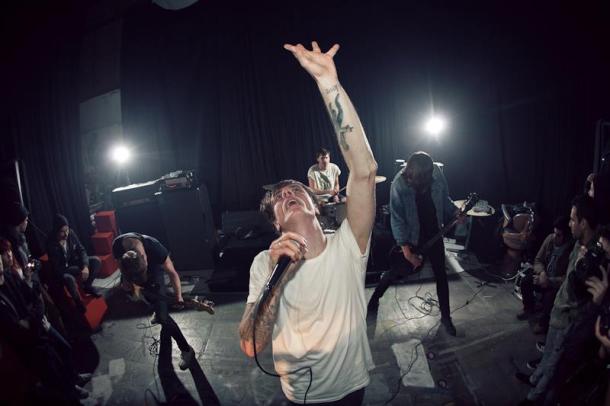 How will you bring that creativity forth in the near future? Will the individual members in Ritual start new bands?

Yes, and we already did. Julian now plays guitar in a band called Orbit the Earth. They’re going to record their first record this summer. It’s a wild hardcore band that also includes Noah, former drummer of Just Went Black. Pascal and me are playing in a punk band called Messer and our first album just came out. Deni hasn’t got a stable band yet, but he’ll continue to play music in Berlin.

Besides music, what other things do you aim to pursue in life?

Having good friends around you, being content with where you are in life.

A lot of people see hardcore as a lifestyle, not just as a music genre. What’s your definition of hardcore?

It’s the way we’re socialized, it’s nothing that I could examine from an outside perspective. It’s within us and it shaped the way we’re looking at things. Further than that, I don’t think any definition of hardcore could be useful. 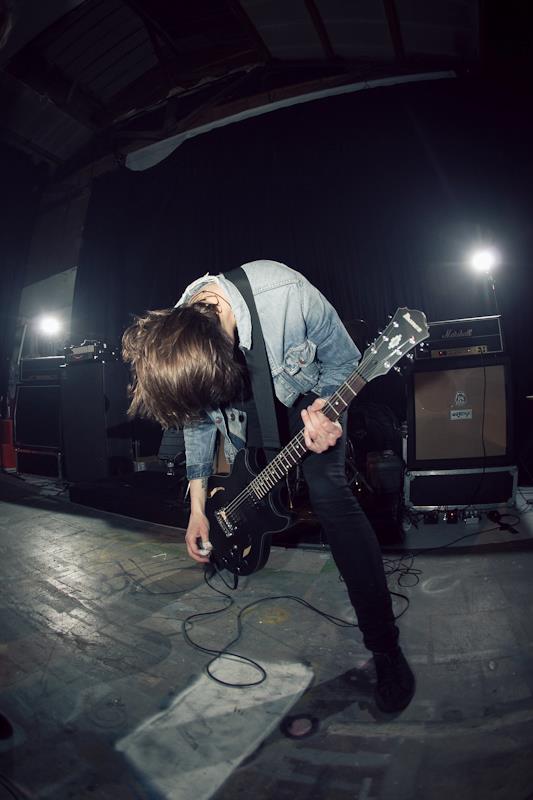 What did Ritual give you (experiences, achievements, etc.) that you’re most proud of?

This question is not that easy to answer. The thing is that you grow with your challenges. In the beginning all we ever wanted to do was to go on tour. When our first tour happened, we couldn’t believe it. But afterwards we wanted to put out a record and then some time later the moment came when we held our first record in our hands and that’s how it went on and on. It was all really exciting, so I cannot name any specific achievement.

We said it before and we’ll say it over and over again: It was a fantastic journey. Thanks everyone for making this possible. We’ve been living the dream. Come out and meet us on our final trip this summer!