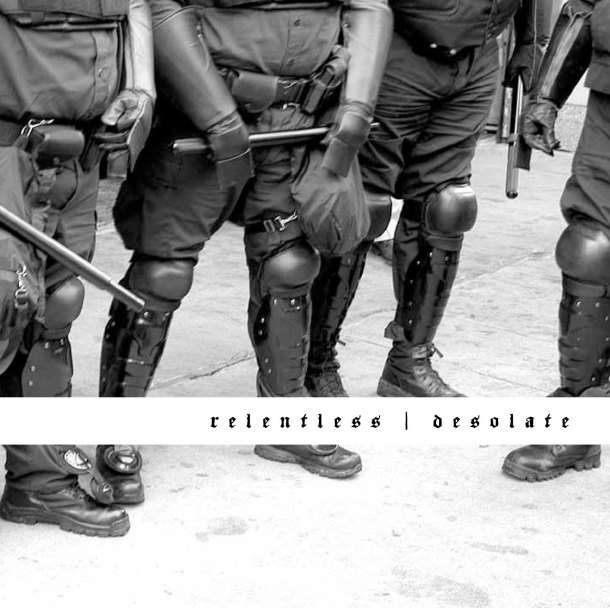 “Always searching for a light, to guide me away from this endless fight.”

To be honest, I never heard about these guys until I was asked to give them a listen. They already released an EP back in 2009 and a demo in 2010. Some of these news songs were released last year on their 3-track album Disillusioned.

A quick look to Desolate’s artwork and you know it’s not going to be some smooth easy listening record. Relentless offers a mix between heavy hitting hardcore and metal including some old school thrash influences. No introduction, first track ‘Grindstone’ gives a panel of what Relentless is all about: solid riffs and solos, fast and furious breaks. On the next few tracks, they manage to deliver an aggressive groovy and uncompromising sound. For all of you Born From Pain, All Out War or Biohazard fans out there, this release should catch your attention. Top track on this record is ‘A Blind Eye,’ where the band shows their musical abilities, ferocious drums and raw vocals.

These guys aren’t trying to break through with a fresh new sound but they just play honest music and delivers in about 26min, 8 tracks that shows they know their roots. Certainly not an album to sleep on but if you are looking for something new in hardcore music, maybe this one isn’t for you.