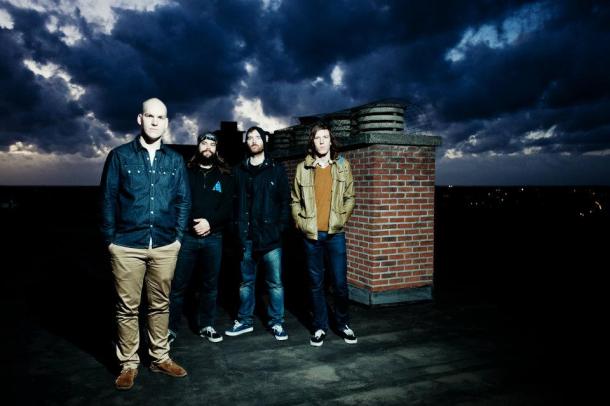 Rise and Fall have released a music video for ‘Hidden Hands,’ from their forthcoming Deathwish Inc. record Faith – out on March 20th. Read more about the video, directed by Mathieu Vandekerckhove below:

“On a sunny sunday morning in October last year we invited close to 30 of our friends to our practice space in Ghent for the shoot of the first ever Rise And Fall music video. We didn’t invite them to act like they were the crowd or anything, no, we invited them to be Rise And Fall.

From 8 in the morning ’till sunset, footage was shot of our friends pretending they were Rise And Fall. It resulted in 8 hours of footage which was later distilled into a 112 seconds long video by director Mathieu Vandekerckhove who also filmed the whole project. All this hard work, and sweat (we kept the heat at full blast in our practice space), resulted in a visual and auditive whirlwind that will commence after you hit play. Turn it up loud, watch it full screen and in HD if possible! We wanna thank everyone in the video and especially Mr. Vandekerckhove who spent hours on end editing this bastard.