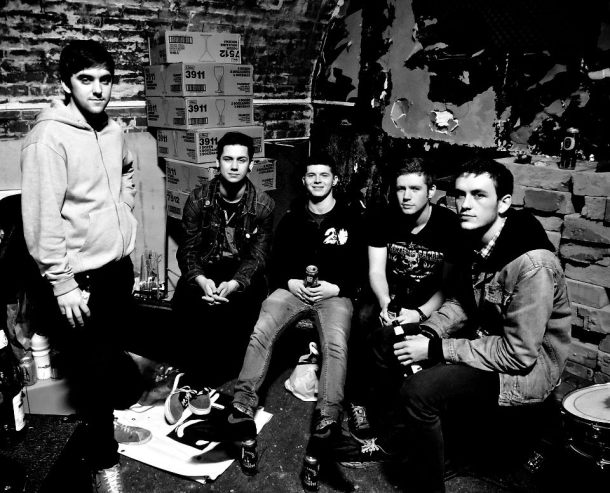 Palm Reader from Woking, United Kingdom started out as a band in the summer of 2011. Now, eight months later, the band just released their very first video for ‘Seeing & Believing Are Two Different Things’ and have the release of their self-titled EP in sight.

Palm Reader was already critically acclaimed by Rock Sound as “excellent hardcore”. While listening to the EP, I couldn’t agree more. Why? It’s partially renewing, partially recognizable. It shows commitment, and the desire to conquer new grounds. The raw, furious voice of singer Josh McKeown is greatly supported by explosive riffs, provided by Sam Rondeau-Smith and Andy Gillan.

There is a certain enthusiasm and a chaotic form of energy that these five guys have put together in their songs. The groove of Josh Redrup and Dave Wilkes provides me with a bizarre feeling that gets under my skin and creeps up in a way of excitement. The drum and bass in combination with their original guitar play that -I have to be honest- will not work for everyone, and is more than a fresh take on hardcore music, but I am happy to say it works for us. We love these guys.

The band will be touring the UK this year, who knows where else they will end up? We will be sure to keep you updated on their progress.

Palm Reader will be released on March 12th.

One thought on “Introducing: Palm Reader”