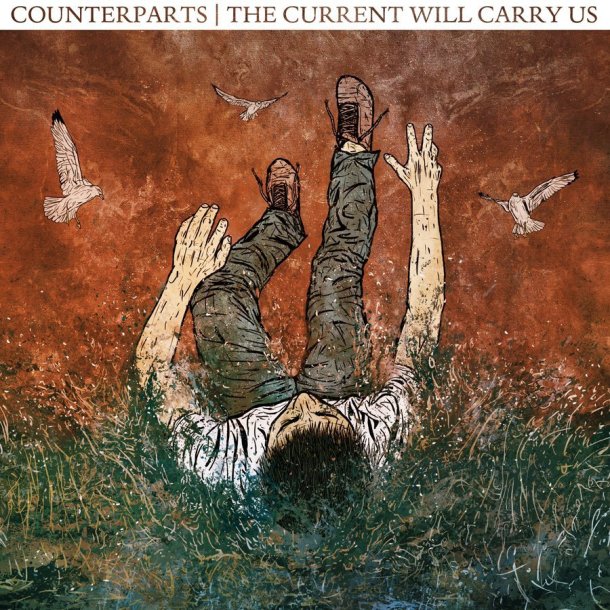 The Current Will Carry Us by Counterparts, the band’s 2011 release and a more matured album. Counterparts left us with their album Prophets in 2010 and as you go through their new album you notice they certainly have not been wasting time. The overall sound has greatly improved. They have put together a more solid album with an authentic but different feel. The band kept its raw Counterparts edge, while having reinvented themselves through different use of song structure, which certainly proves to be a winning combination.

“Heavy” is the word that directly comes to mind when listening to ‘The Disconnect’. Slow-paced with heavy breaks and carrying melodies give the listener a completely new view on this Canadian band on the rise.

An interesting song on this new album which has to be mentioned is ‘Pedestal’, a song that brings a completely new sound to the table. Opening with an almost pop-punk sort of intro that evolves into a striking and catchy chorus, and a break ending in a very serene outro. It is clearly something very different than what we know Counterparts for.

Going through the album from beginning to end you can hear all these little changes making up something new, but with very recognizable glimpses of the Counterparts sound. They open heavy, give us something new, bring back the heavy, and surprise us over and over again. It just gives the listener a complete view of where these guys want to go as a band.

Lyrics wise, The Current Will Carry Us is utterly brilliant; sad songs that might come over as very negative, have a positive underline on this album. Also, the topics that create a very flowing line throughout the album vary enormously. They are a real treat for the ones in this genre who are honest about the love for their music and listen to every word their favorite band has to say.

Interesting songs on this album are ‘The Disconnect’; I choose this song for its amazingly powerful use of words and breathtaking melodies that can really get to you, the combination of these make a beautiful song. I also like ‘Pedestal’ for its pure, but different sound. This song might take some time getting used to, but I think that true fans of this band should be able to really appreciate this song. Another good one is ‘Reflection’; I can already hear this one live, for its simple beauty everyone will have to sing along, and besides that it is a great song to end a great album.

Looking back at Prophets I see a diamond with rough edges that has clearly been polished in such a good way. Counterparts have improved themselves, found their boundaries, and have put together a very solid album with some great songs. The Current Will Carry Us, another Canadian-made masterpiece.