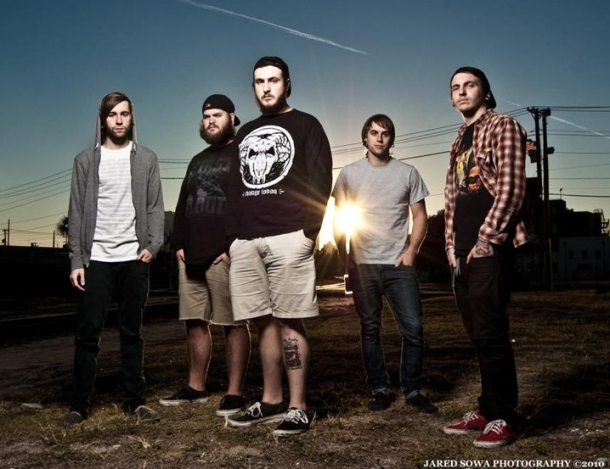 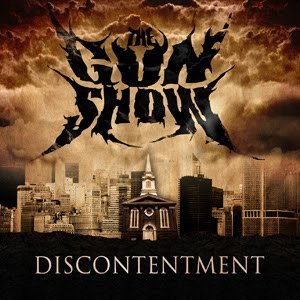 The Gun Show from Mansfield, Ohio are set to release their full length record Discontentment today and we’re the first European website to review it. You might not have heard about them yet, but that’ll change right now. The guys present a creative blend of progressive metal and hardcore, bringing along a strong message.

Introducing the band like this, it might suprise you that Discontentment has a slow intro starting with a pretty woman’s voice. After the first minute, singer Tom Hirst joins the woman with with a cry out supported with screaming back vocals. It creates a chaotic whole that’s hard to understand, though leaves you impressed.

The intro is followed up by 10 kick ass songs. Title song ‘Discontentment’ blows you away with low tuned guitars and grooving rhythms. The Gun Show combines slow breaks with technical and fast guitar riffs and creates a sound of their own.

‘Negligence’ is the third song of the record, that you might already know. This was the second song of Discontentment the guys posted online. It features guest vocals of A Plea For Purging‘s Andy Atkins – a perfect mix in both sound and message. Like A Plea For Purging, The Gun Show shares a message of hope in God, and tells us about their personal stories how they fall short as human beings. It’s a vision that you might not share with them, but ‘Negligence’ will definitely convince you of their skills.

Besides new songs, Discontentment also contains some older songs from previous album Currents. You will recognize ‘The Adegan System’ and ‘Currents’, that are also on their Facebook. They’re both very strong tracks that make Discontentment a solid whole together with the new songs.

Discontentment is finished up with ‘The Boy’, a very technical song that contains lots of crazy guitar riffs, supported by quite some clean (gang) vocals on top of the Tom’s screaming.

The Gun Show has a renewing sound that makes Discontentment is a strong album. I’m convinced that there’s a lot of potential for this band to grow and I’m looking forward to their next album that might give us some more variation. The band released the record on their own, so make sure to back them up and order Discontentment online.

One thought on “European Exclusive: The Gun Show – Discontentment”